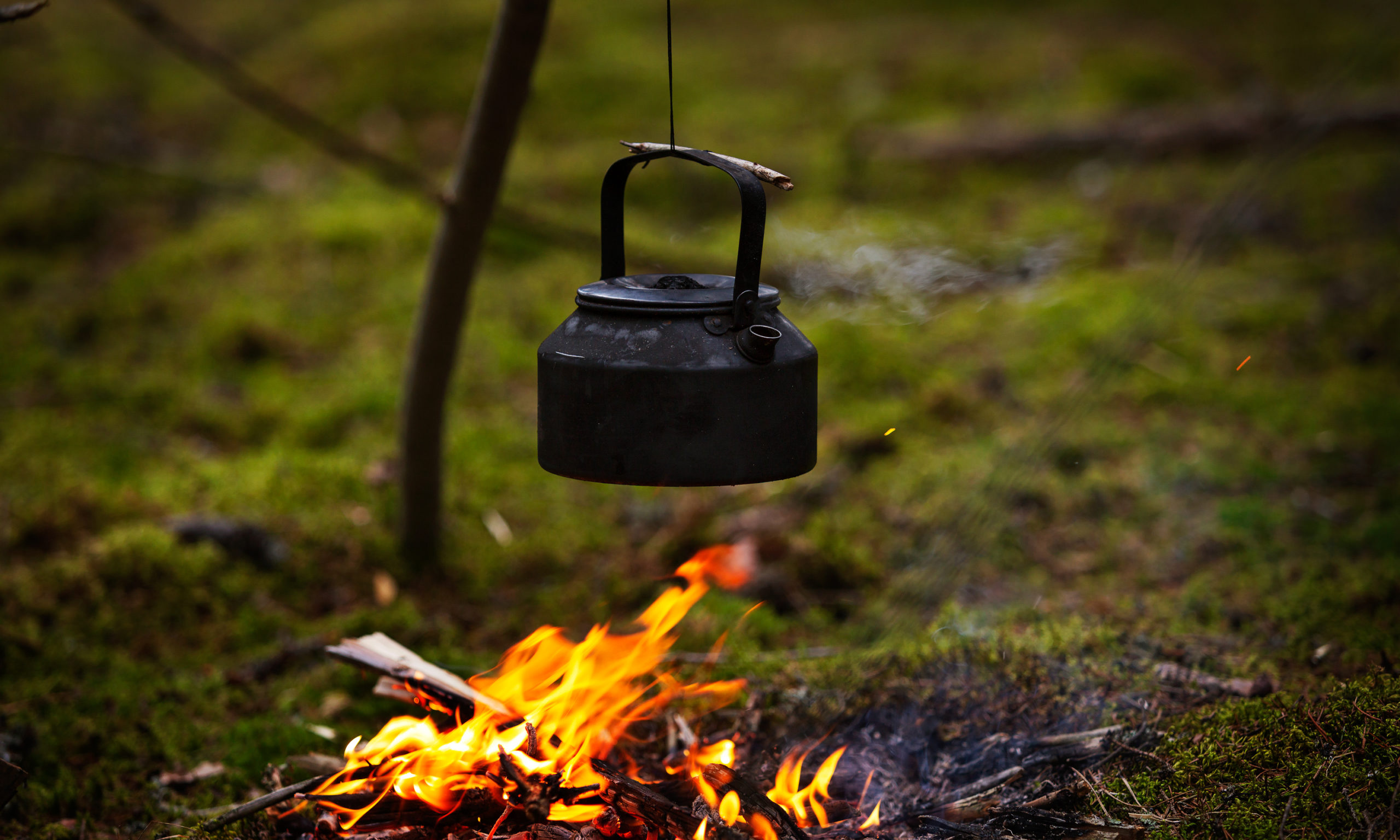 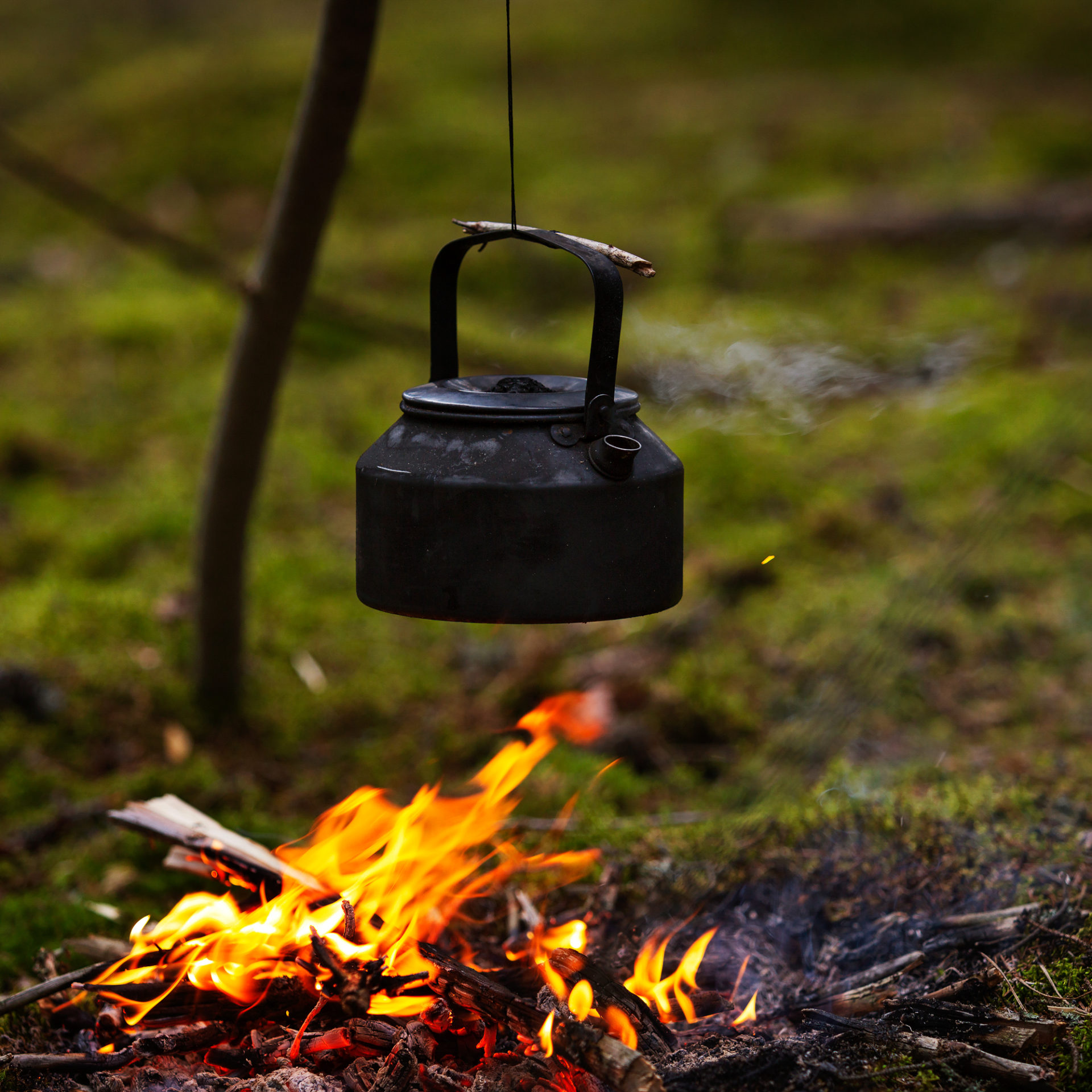 Wild Nordic offers various outdoor activities and equipment rental at Bomba in Nurmes, just right on the lake Pielinen. Either guided or on your own, you can for example choose to use a Stand Up Paddle-board, go for a sightseeing tour with a motorboat or enjoy the lakeview with a rowing boat. In winter time you can join our snowmobile and husky tours or choose from winter fishing and culture programs. On our comfortable E-fat bikes you can easily cycle through the beautiful nearby forest.

Our safari-house is located directly at the Bomba area on the shore of Lake Pielinen, between Break Sokos Hotel Bomba and the Karelian village/Bomba house. The address is Tuulentie 4, 75500 Nurmes. 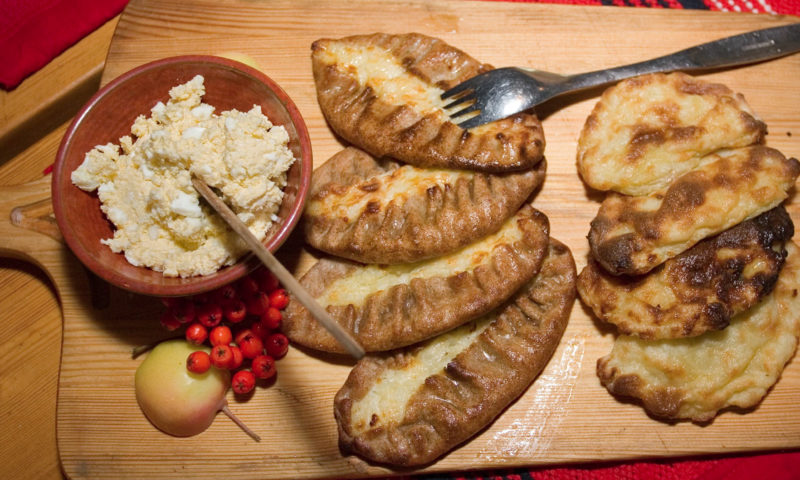 Groups Bomba
The delicious Karelian pasties are famous throughout Finland. These unique pies are an important part of the region’s food culture, and at this workshop you get the chance to prepare them together with the local people. The oldest traditional pasties usually had a rye crust, but the North Karelian and Ladoga Karelian variants also contained wheat to improve the baking characteristics. The common fillings were barley and talkkuna. In the 19th century, first potato and buckwheat were introduced as fillings, and later also rice and millet.
Price from
28 €
1 hour 30 minutes 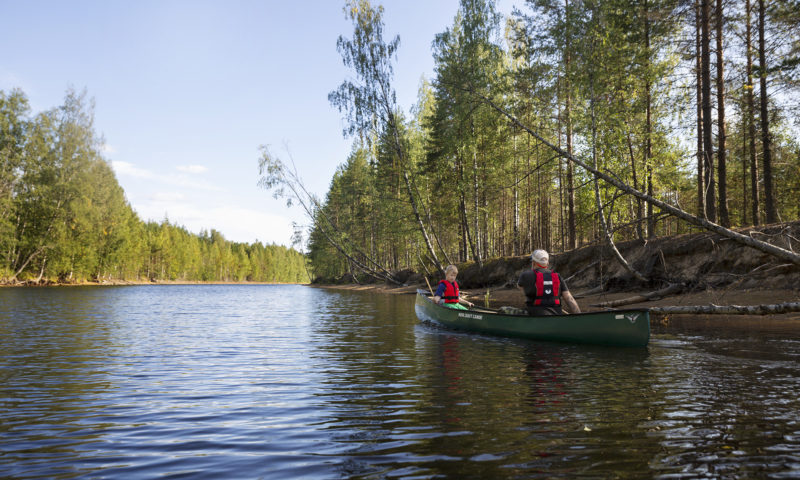 Groups Bomba
Welcome and enjoy the beautiful landscapes and sand beaches of Suomunjärvi in Patvinsuo national park. On the tour you will paddle with a two-person canoe. The guide makes sure you are safe and have a smooth trip while sharing some interesting information about the surrounding nature.
Price from
280 €
10 hours 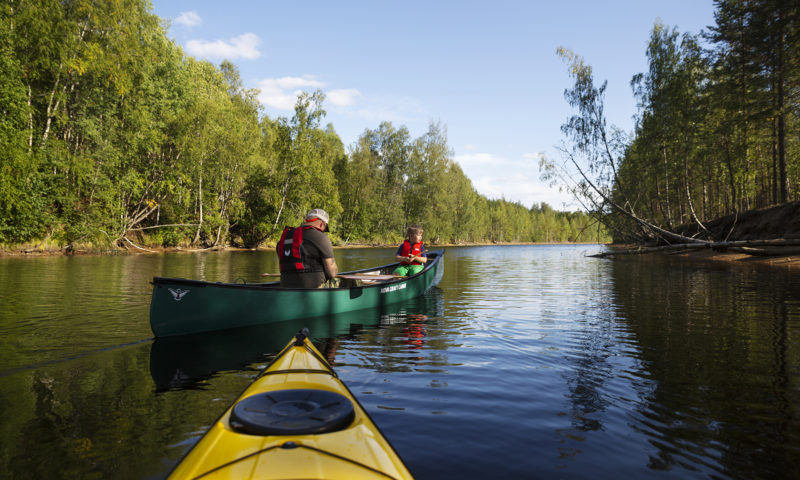 Groups Bomba
Welcome and enjoy the beautiful rivers and lakes of Ruunaa nature reserve with two-person canoes. The guide makes sure you are safe and have a smooth trip while sharing some interesting information about the surrounding nature.
Price from
280 €
10 hours 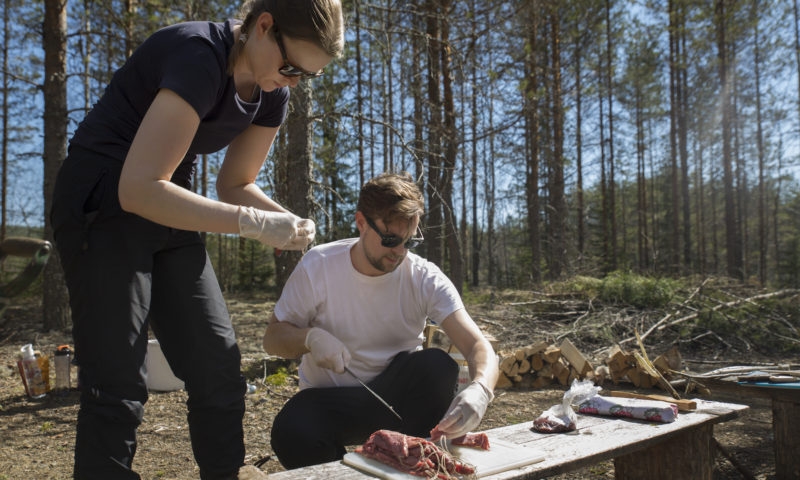 Groups Bomba
Welcome to the forest olympics! In the forest olympics you elevate the group spirit in funny disciplines. The playful competition may act as a refreshing summer-activity or wellbeing-days for your team. Each individual or team competes against each other. The Karelian village and its surrounding nature serve as the arena. There are various disciplines from which we choose the most fitting ones according to each group. This competition is playful and funny.
Price from
250 €
1 hour 30 minutes 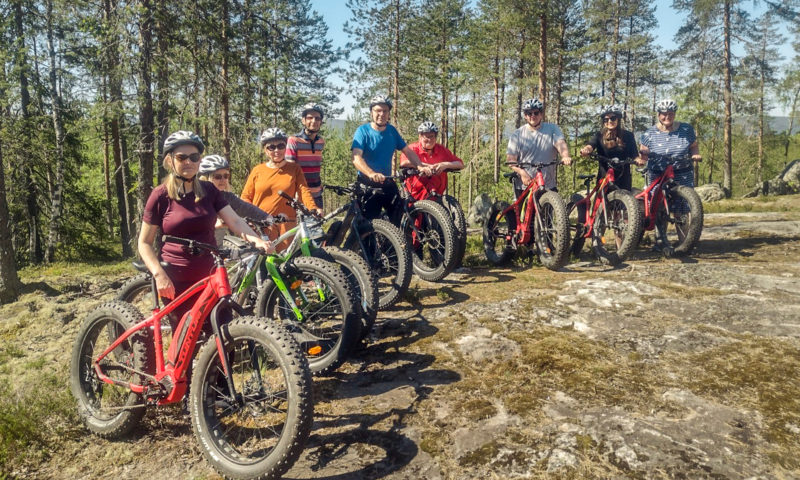 Guided E-bike tour into the forest

Groups Bomba
On our guided, two hour E-fat bike tour, we cycle from Bomba to the nearby forest. We will have a short break with a campfire snack and coffee/tea. The E-Fatbike has supporting properties, which give you the opportunity for an easy and enjoyable outdoor experience.
Price from
70 €
2 hours 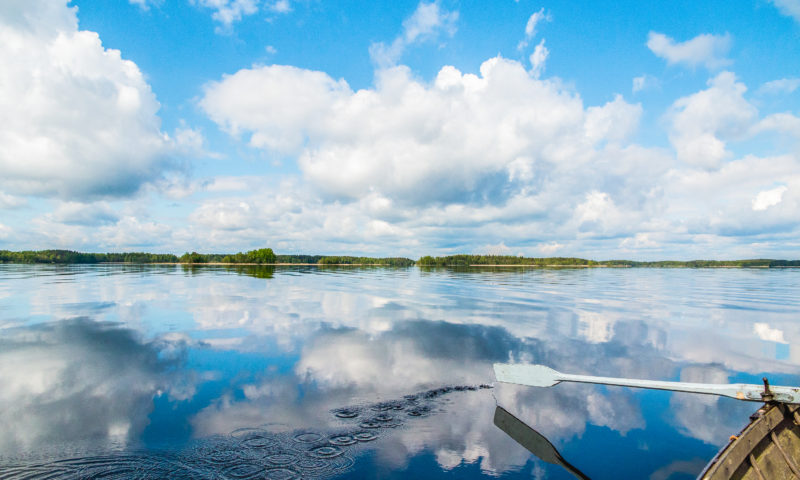 Groups Bomba
Come to a guided rowing boat tour on Lake Pielinen. Observe aquatic birds and the miracles of nature nearby. We row to the shore of Hyvärilä and back, the length is about 5,5 km and the duration of the program is 3 hours. We make a short break at the shore and have a snack to refresh our energy, there you also have the possibility to go for a swim. On the shore you will also see the tools and transportation methods of the local forest industry.
Price from
45 €
3 hours 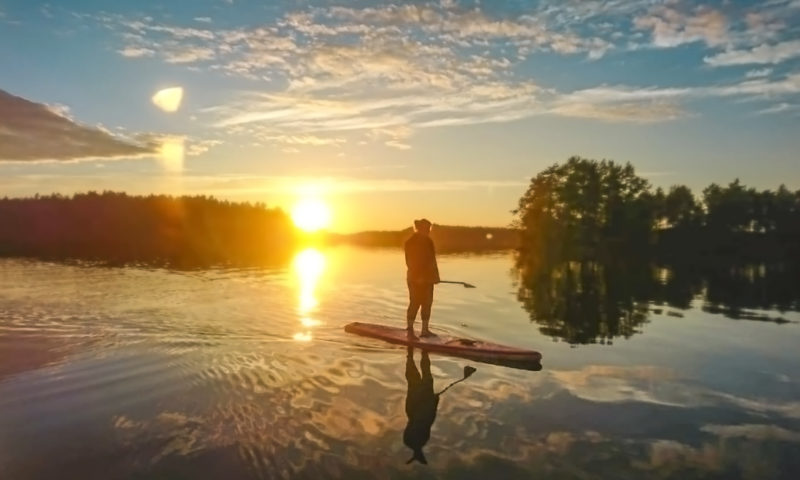 Groups Bomba
Go for a safe SUP-board trip with our guide on Lake Pielinen. This guided tour is suitable for youths and adults with an average physical endurance. On the trip we paddle to the shore of Hyvärilä and back and the length is about 5,5km. We enjoy a snack to refresh our energy, there you also have the possibility to go swimming.
Price from
55 €
3 hours 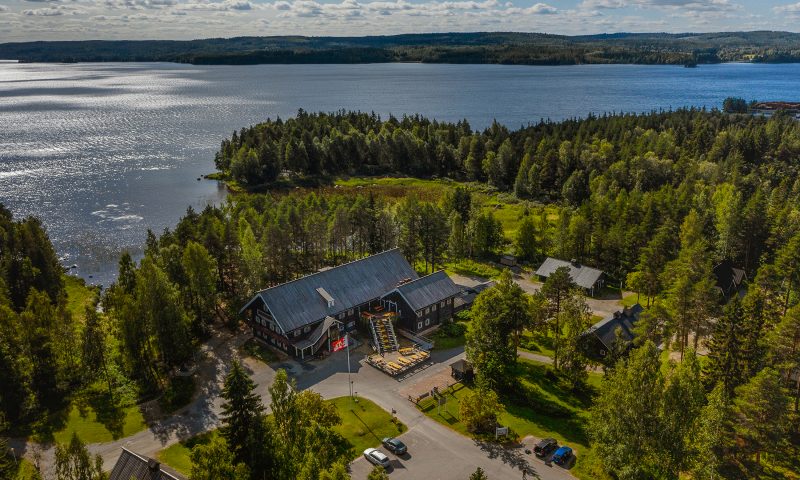 Groups Bomba
The gorgeous Bomba House and Karelian village radiate Karelian architecture and culture down to every log and barn. The main attraction of the Karelian village is the Bomba House, the architecture of which tells you of the colorful history of the area as a meeting point between West and East. The house, which opened in August 1978, is a copy of a house built in 1855 by Yegor Bombin, located on the Suojärvi in ​​Russian Karelia.
Price from
150 €
1 hour 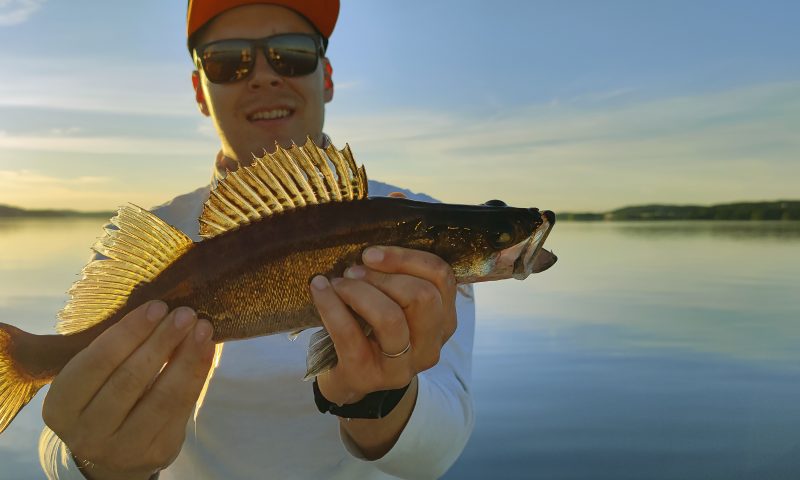 Jigging or trolling on Lake Pielinen

Groups Bomba
On this fishing trip you get to enjoy a nice summer day on Lake Pielinen, one of the biggest lakes in Finland. This wild lake has various fishing spots and you can catch zander, perch and pike. During these 4 hours the guide will bring you to the best fishing spots and get to know the technique of jigging or trolling.
Price from
420 €
4 hours 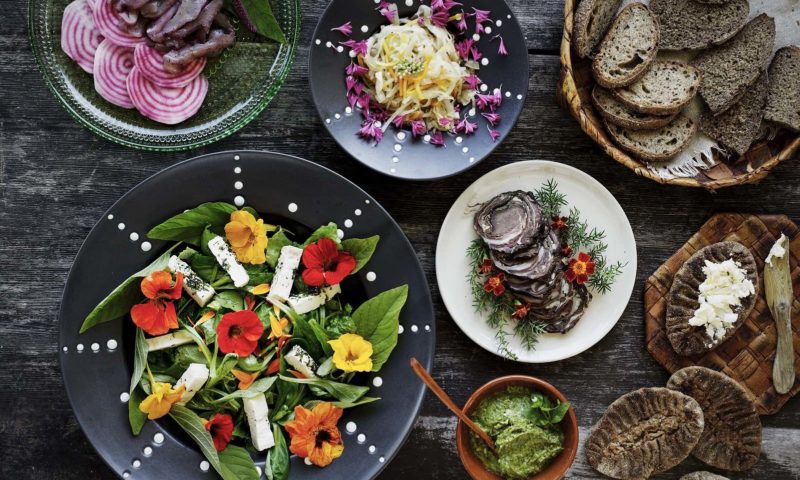 Groups Bomba
Drive to Guesthouse Puukarin Pysäkki (35 min from Bomba area). Experience Karelian food heritage with wild herbs and products from the own farm. The heart of the kitchen is the traditional wood burning oven, in which the delicious food and delicacies of the Guesthouse are cooked and baked.
Price from
56 €
1 hour 30 minutes 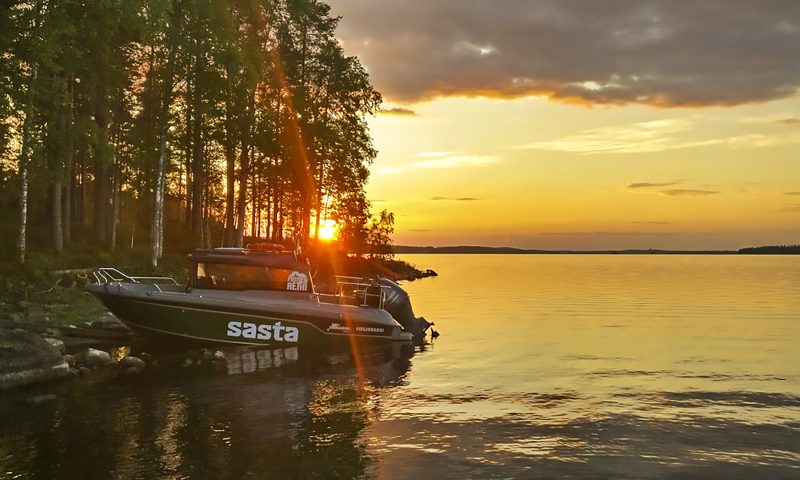 Groups Bomba
Go to enjoy an astounding island adventure on Lake Pielinen. From the boat you see the beautiful landscapes of Northern Karelia and during the hike you get to know the longest island on Lake Pielinen, Kynsisaari island. The guide shares with you interesting information about Lake Pielinen and you will eat some delicious campfire lunch. During the trip you also have the possibility to go for a swim.
Price from
95 €
3 hours 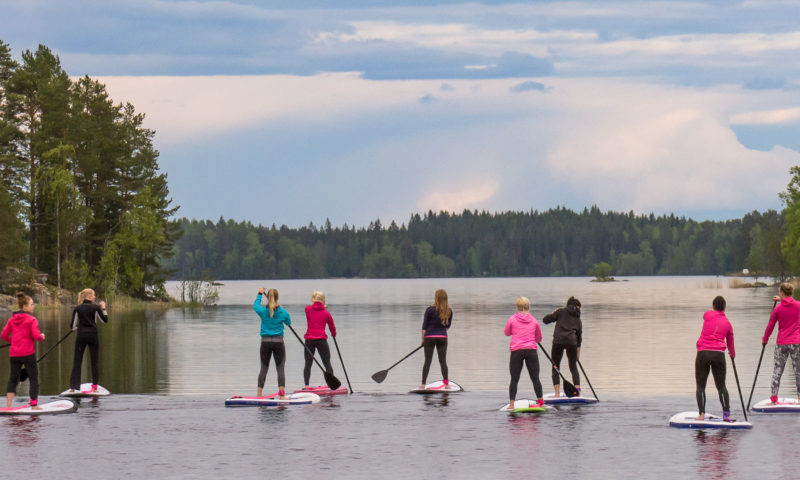 Groups Bomba
The hype around the SUP-board has also arrived at Bomba. On the beginner’s guided tour we learn the basics of SUP-boarding in a safe environment. How to prepare for a departure, stand on the board, how to paddle and basic techniques to control your board. Our guide gives you a helping hand on the tour. Our boards are safe and stable also for beginners and are from a professional brand.
Price from
35 €
1 hour 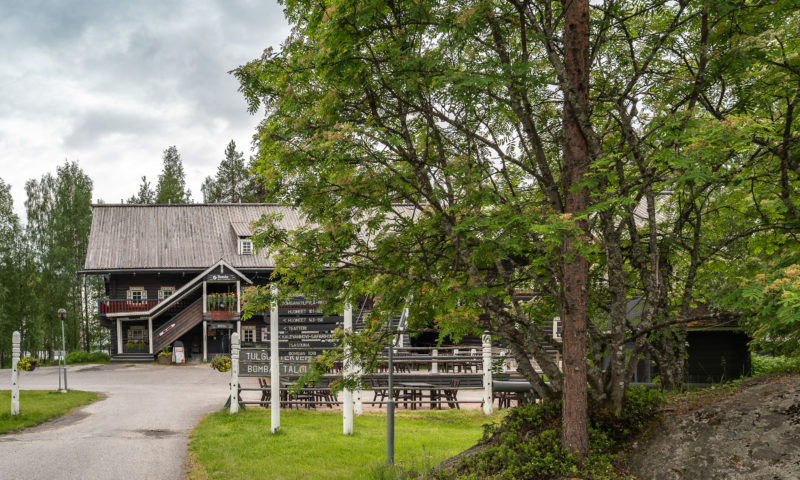 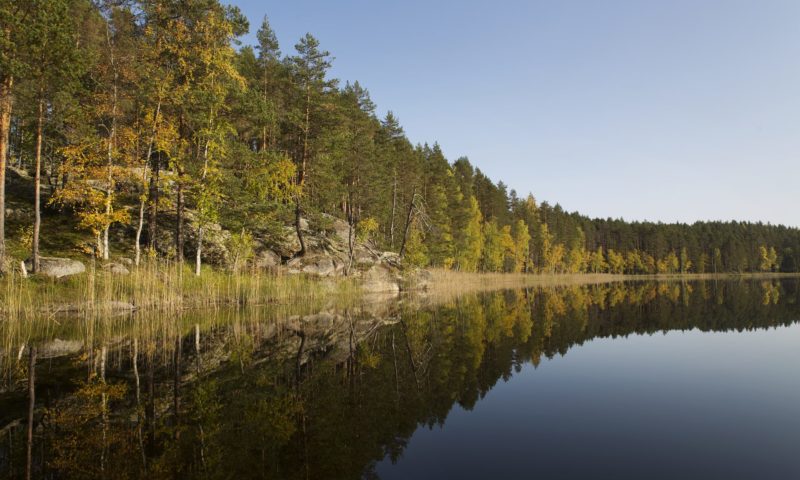 Groups Bomba
Bushcraft instructors are professionals with roots deep in the soil of eastern Finland. Instructors have 16 years of experience as a ranger and recon instructor in the Finnish Defence Forces and in training leadership and small group dynamics. Some of them specialise in survival training and extreme arctic conditions. They believe that people are always a part of nature. In nature, it is easier for us to understand our place in the world.. Without nature, we cannot understand our roots or our history. Bushcraft instructors want to bring nature and the outdoors closer to people.
Price from
78 €
3 hours
Chat
We use cookies on our website to give you the most relevant experience by remembering your preferences and repeat visits. By clicking “Accept”, you consent to the use of ALL the cookies. However you may visit Cookie Settings to provide a controlled consent.
Cookie settingsACCEPT REJECT
Manage consent